This bunker was built in 1944 to protect Oroku Airbase (now Naha Airport) on a hill overlooking the airfield and lying to its south east. Tunnels were excavated and strenghtened with concrete by the Japanese Navy Corps of Engineers, totalling over 450m (about 500 yards) in length.

Designed to resist bombs and accomodate troops during the long battle to come, it was home to up to 4,000 soldiers. However, when the Oroku area was surrounded by American forces in June, 1945, the commanding officers commited suicide, bringing the battle for this part of Okinawa to an end.

The bunker was abandoned after the war, but later, the remains of the deceased soldiers were retrieved, and 300m of tunnels were restored for educational purposes. Near the bunker is also a museum where not only rifles and uniforms, but also personnal possessions of the soldiers and the letters they wrote to their family are on display. 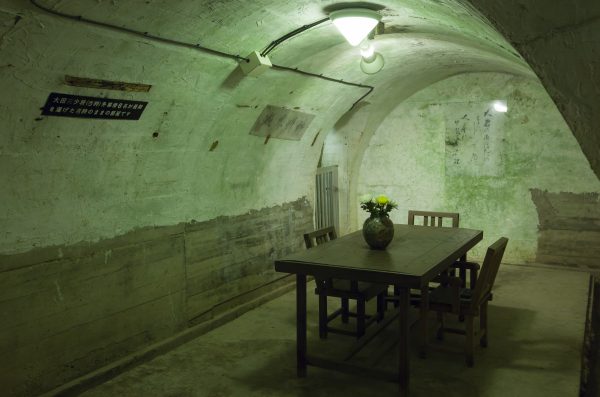