Noodle soups are popular in Asia: Vietnam has pho, China has ramen, Japan has udon… So, what about Okinawa? You may have heard of Japanese soba, but have you heard of “Okinawa soba”? If you haven’t, you are not alone. In a survey taken by a local newspaper, 90% of foreign visitors answered that they had never heard of this quintessential Okinawan food. On the other hand, it is a favorite of tourists from mainland Japan. 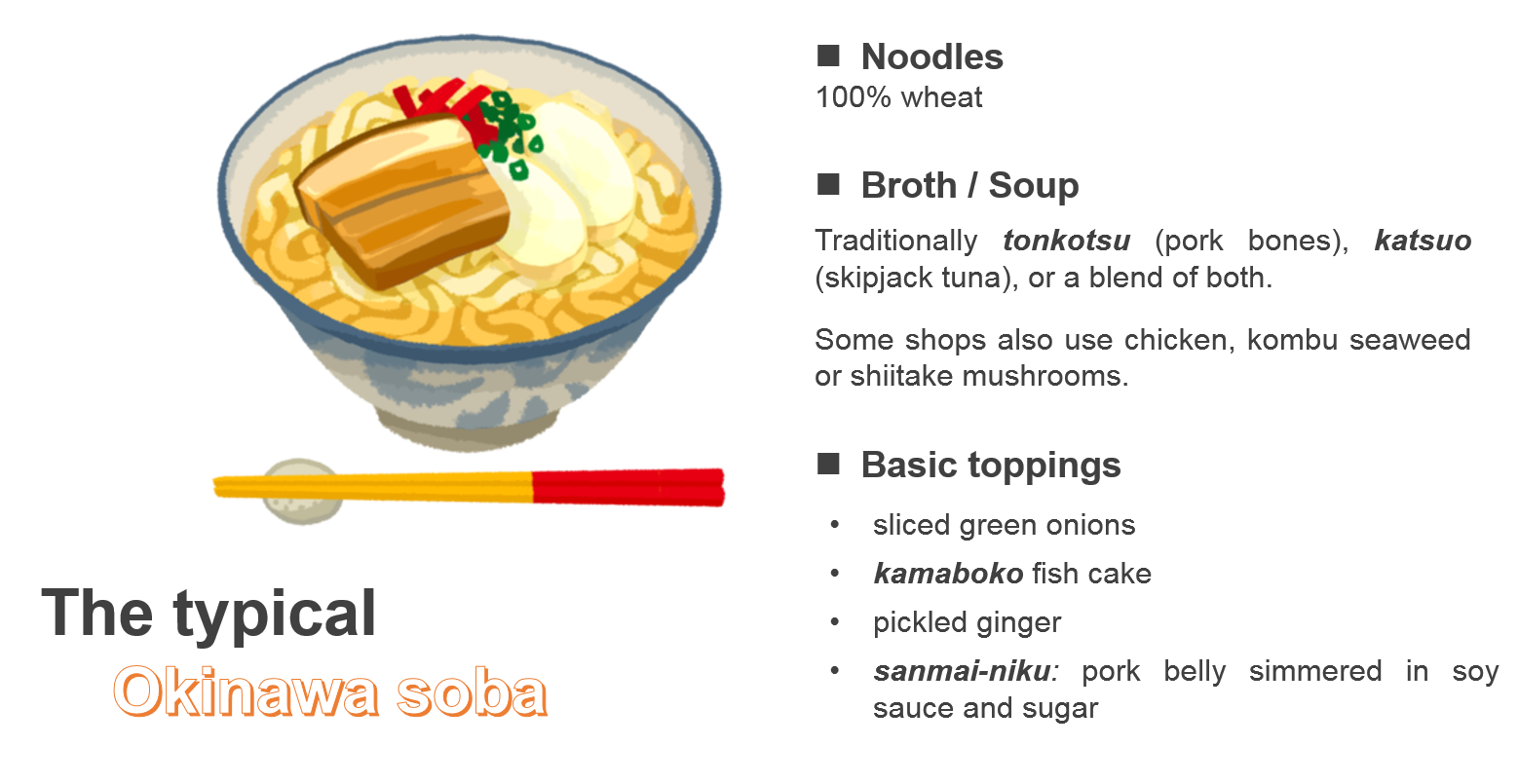 Originally based on Chinese ramen, modern Okinawa soba originated during the early 20th century, when it became especially popular in Naha’s then red-light district. It became widespread after WW2 thanks to American wheat, with many widows in need of income opening their own shops. 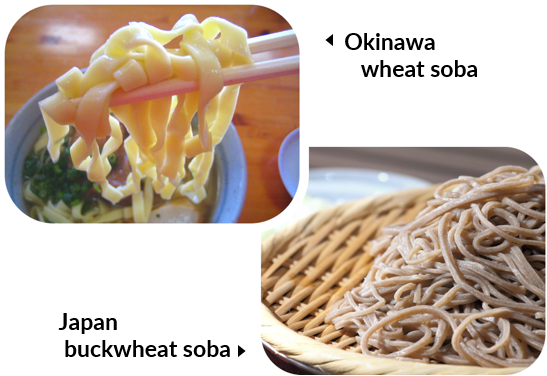 Chinese ancestor, the noodles are 100% wheat. They differ in this respect from Japanese soba, which must contain at least 30% buckwheat (the original meaning of “soba“).
Why wheat noodles came to be called “soba” is unclear, but the name likely comes from “Shina soba” or “Chinese soba” an old word for ramen.

Noodles come in different shapes and textures and vary by region. Usually thicker than ramen, they are traditionally boiled, sprinkled with oil, then left to cool down before they can be used, which gives them a distinctive chewiness (koshi) – though raw noodles similar to ramen are also not unusual today. Some are even flavored with gettō (shell ginger) or fūchiba (mugwort). 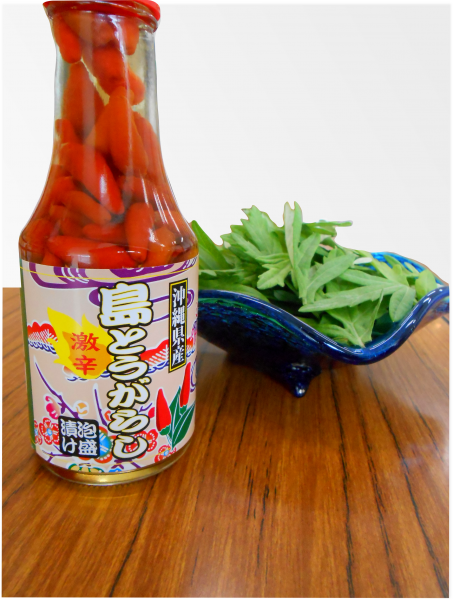 Equally crucial is the broth: lighter and less oily than most ramen, dried katsuo (skipjack tuna) and/or pork bones are the most common ingredients, although chicken, seaweed (especially kombu), and shiitake mushrooms are also frequently used to create depth of flavor. But don’t expect the chef to give you their recipe!

Condiments are also an important part of the experience: add a splash of kōrēgūsu (chili peppers soaked in rice liquor) to spice up your broth, or a handful of mugwort leaves to give it a leafy aroma. A complete Okinawa soba meal would also feature a side of jūshi: a bowl of rice cooked in a broth with vegetables and pork.

Toppings for all tastes

Beside the traditional pork belly, Okinawa soba come with a wide variety of toppings for all tastes, and many restaurants have their own specialties. Some even offer vegetarian or halal options.

Here is a selection of our favorite toppings and how to enjoy them:

“As a meat-lover, soki soba is my all-time favorite. Soki means pork spare ribs in Okinawan. The meat is tender and very delicious!!

“I often make Okinawa soba with a katsuo broth at home. It can be made quickly with the vegetables you have on hand. With a light and refreshing flavor, it’s both filling and nutritious.

Okinawa soba is Okinawan comfort food. In fact, over 2000 restaurants in the prefecture – including specialty shops and Okinawan casual dining restaurants (known locally as “shokudō“) – serve anywhere from 150,000 to 200,000 bowls daily.

Unlike ramen, which can be eaten at restaurants worldwide, Okinawa soba is not internationally renowned. It has really only made a name for itself in Campo Grande in Brazil – thanks to Okinawan immigrants – where it has cultural heritage status and even its own monument. However, elsewhere it is a rarity. Chances are it isn’t served at any restaurants in your hometown, so don’t pass up the opportunity to try some while in Okinawa.

If you happen to be in Naha on October 17 (Okinawa Soba Day), you might get a discount or even some free jūshi or inari-zushi – deep fried tofu stuffed with sushi rice – with your Okinawa soba. Or perhaps if you’re really lucky, you may even get some free noodles.

Do you speak Okinawa soba?

Want to communicate with the locals? Try speaking the local language! Although it likely won’t get you a free bowl of noodles, it will probably get you a big smile at the very least!