We all know of Japanese sake, it’s globally renowned. But how many of you have heard of awamori?
Even if you don’t recognize the name, if you’ve ever been to Okinawa, you will have seen it. Made in Okinawa, this traditional beverage is second only to beer in terms of consumption. In many ways, awamori is representative of Okinawa, and something the night life here can’t do without.

Awamori serves many other purposes as well, and specially engraved bottles are often left as an offering at shrines and temples, given after the birth of a child or as a present at weddings, and are used to commemorate old age milestones. 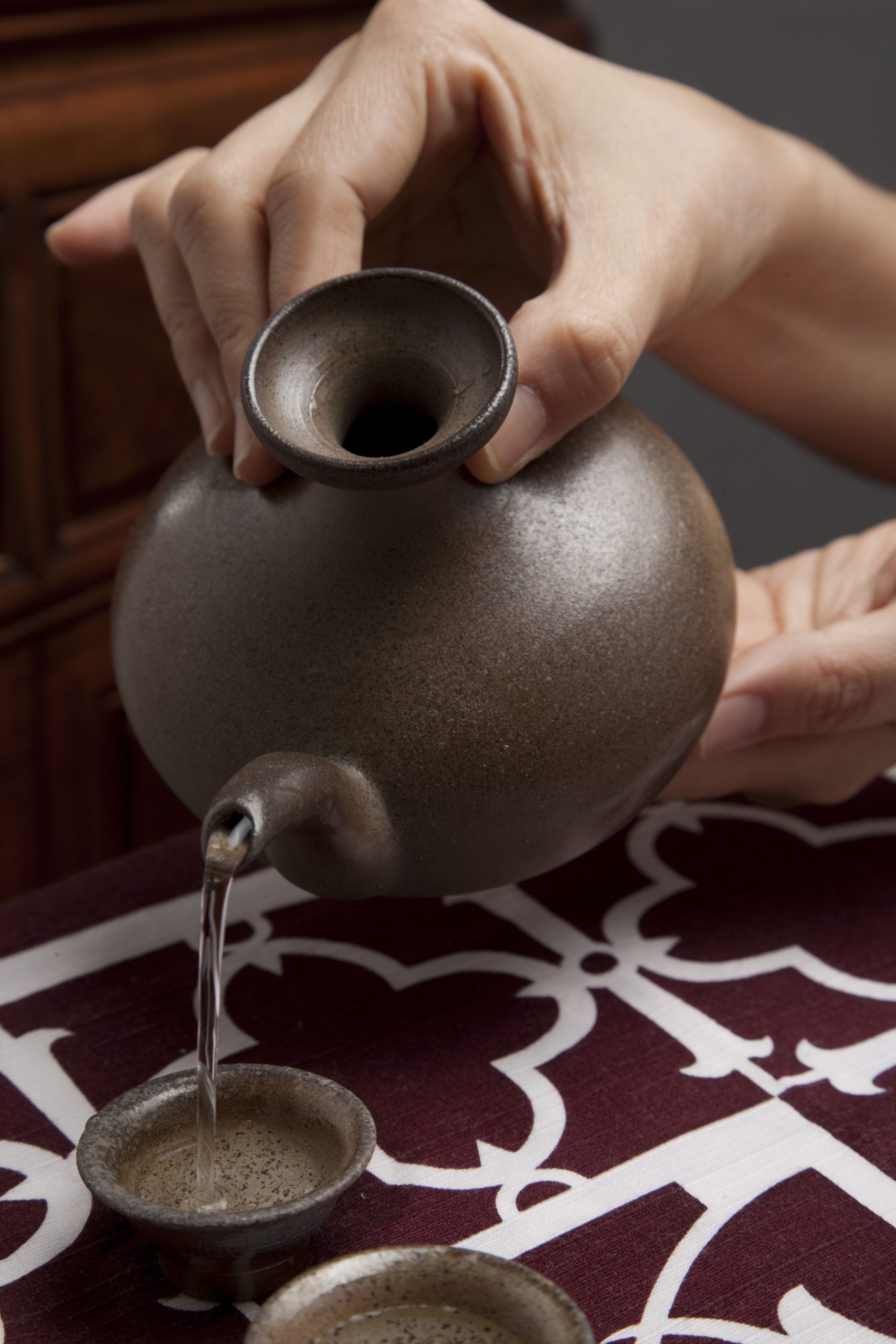 The awamori that is so closely tied to Okinawa comes from a very different background than sake, which is created through a brewing process. Instead, awamori is created through the process of distilling a mash of fermented rice. Though it is not well known, it is the oldest distilled liquor in Japan. The techniques for its making, as well as the Thai Indica rice it is made from, and the jars used to store it, arrived in the Ryukyus during the 14th or 15th century from Siam (modern-day Thailand). With the introduction of the black koji mold, better suited to the climate of the Ryukyus, a new type of distilled beverage was created. This was the birth of awamori.

During the era of the Ryukyuan Kings, the amount of grain grown in Okinawa was very limited. As a result, only three villages that were close to Shurijo Castle were allowed to produce awamori at all, and awamori was regarded as a highly valuable drink. From the Meiji era onwards, after the fall of the Ryukyuan Kings, the awamori masters from these three villages moved to other parts of the islands and set their own distilleries: there are currently 47 of them producing awamori throughout the prefecture.

The manufacture and varieties of awamori 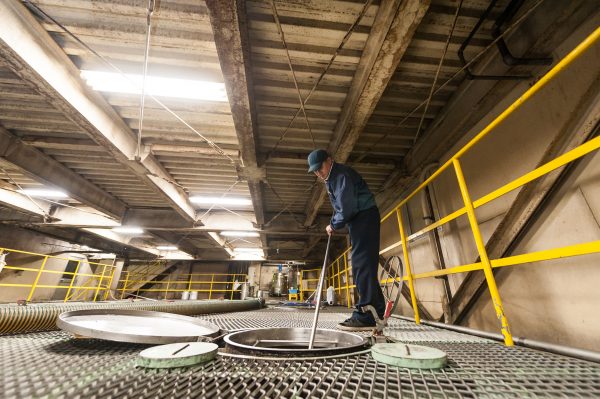 1. After steaming Thai rice (specifically Indica rice), black koji mold is mixed in to turn the starch contained in the rice into sugar. This reaction releases citric acid as a by-product, which is characteristic of black koji mold, as opposed to other types of koji used in mainland Japan. This process typically continues for 40 hours.

2. Yeast is then added which will turn the sugar into alcohol (fermentation) over the next two weeks.This produces a mixture that is 18% alcohol. With Japanese sake, this process is performed a total of 3 times, for awamori, however, this process is only done once (“single fermentation”).

3. The mash is then distilled until the alcohol content reaches 43%. If distilled at low temperatures, a light flavored awamori is produced. Awamori that is distilled at higher temperatures produces more potent flavors, and this is often stored and aged, at which point it is renamed kūsu.

4. The product is then stored for 3 months to a full year – the duration may vary depending on the distillery – allowing the flavor to settle, before the awamori is ready to be bottled. 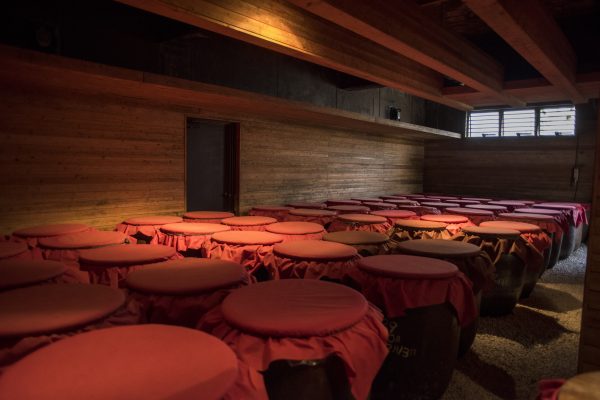 Typically before being sold, awamori is diluted down to an alcohol content of 30% by adding water to it. Many companies even bring the percentage down to 25% in the name of drinkability.

On the other hand, the type of awamori that is destined to be stored and aged (kūsu) is typically left with its high alcohol content so as not to interfere with the flavor. Traditionally, it is aged in clay jars, but bottles serve just as well when stored in cold areas. Blending of kūsu is also common, however this reduces the total age of the product effectively making it a younger bottle. While exceedingly rare, batches of kūsu that are said to be hundreds of years old also exist.

The enjoyment of Awamori

Generally, awamori is enjoyed in a 40/60 mix with water and ice, but experienced drinkers can be seen taking it on the rocks. For first timers, a higher water content is advisable, while those drinking older vintages seeking a full enjoyment of the flavor often take it straight.

More recently, mixing awamori with soda, coffee, tomato juice, or warm water during the winter months have all becoming popular methods of imbibing this traditional drink. Awamori cocktails with shīkwāsā (“flat lemon”) and other tropical fruits also seem to have good synergy.

Events that celebrate awamori are held throughout the year, such as the Shimazake Festa in April, the Okinawa Industrial Festival in October, and Awamori Day in November. So why not pop by one of these events during your trip? 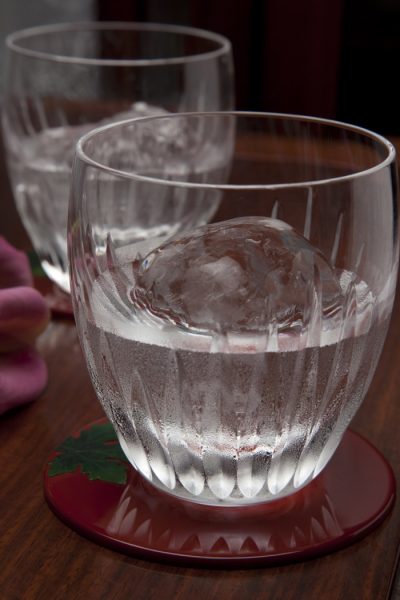 It’s also great in other items!

Tōfu-yō: Take Okinawan-style tofu, and mix malted rice or red yeast rice with awamori and allow it to ferment to produce a cheese like food. It is best eaten is small amounts with a toothpick.
Kōrēgūsu: A spicy chili sauce used to add flavor created by combining peppers to a small bottle filled with awamori. It is often added to dishes like Okinawa soba. 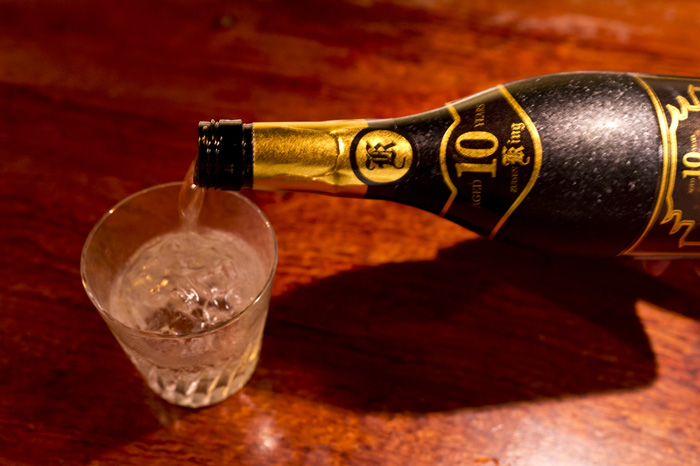 September 4th is “Kūsu day”, and events celebrating kūsu (aged awamori) are held throughout the prefecture.

Near the end of October is the largest event dedicated to Okinawan goods, the Okinawa Industrial Festival, where products made by craftspeople throughout the prefecture gather in Onoyama Park. Many of the awamori distilleries also attend the event, and a whole corner is reserved for them and their creations.

With November being the peak month for awamori production, November 1st has been declared “Awamori day”. Events are held in Okinawa to celebrate, and have even spread to many of Japan’s other prefectures as well.